In the 12th Century, five nations in what is now the northeastern U.S. were constantly at war:  the Mohawks, Seneca, Oneida, Onondaga and Cayugas. The wars were vicious and, according to tribal history, included cannibalism. One day, a canoe made of white stone carried a man, born of a virgin, across Onondaga Lake to announce The Good News of Peace had come and the killing and violence would end. He traveled from village to village over the course of years, preaching peace because peace was the desire of the Creator.  Oral history says it may have taken him 40 years to reach everyone and get agreement from all five nations.This man became known as The Peacemaker. Eventually, the five nations agreed to the Great Law of Peace and became known collectively as the Haudenosaunee, which means People of the Long House.  Outsiders refer to them as Iroquois.[In 1722, the Tuscarora joined the Confederacy so today it’s known as the Six Nations of the Iroquois Confederacy]. The Great Law of Peace was a vehicle for creating harmony, unity and respect among human beings. Its recognition of individual liberty and justice surpasses that of many democracies.

The Six Nations of the Iroquois Confederacy Great Law of Peace includes:

The central idea underlying Iroquois political philosophy is that peace is the will of the Creator, and the ultimate spiritual goal and natural order among humans.

The Founding Fathers’ Consultation with the Iroquois

For decades, the Iroquois had urged the English colonists to unite together as one independent and free people. George Washington, Ben Franklin and Thomas Jeffersonmet frequently with the Iroquois and made themselves very familiar with the Great Law of Peace. Washington expressed “great excitement” over the two houses and Grand Counsel. Several delegates from the Iroquois Confederacy attended the Continental Congress in 1776 as it wrote the Declaration of Independence and drafted the Constitution of the United States, modeling it on the Iroquois Constitution. Three weeks later, the Declaration of Independence was signed, and the United States of America was born.

What got left out of the U.S. Constitution

In fact, just about the only parts of the Great Law of Peace that our founding fathers didn’t incorporate were these:

The Peacemaker designated The Tree of Peace as a symbol of the Great Law of Peace — a great white pine tree whose branches spread out to shelter all nations who commit themselves to Peace.

Thomas Jefferson adopted the symbols of the Peacemaker legend.

Separate leaders for war and peace

There’s no separation of church and state in Iroquois society; spirituality lies at the root of government and law.  However, the Iroquois Confederacy, as with most Native American Nations, had separate leaders for war and peace.  As a lawmaker, the sachem could never go to war in his official capacity as sachem.  If disposed to take the warpath, he laid aside his civil office for the time being, and became a common warrior. The colonists followed this model too.  The inability to separate the civil government and military has doomed many imitators of American democracy, particularly in Africa and Latin America.

The three principles of the Great Law of Peace

It’s the omission of these three principles, the seven generations rule and the role of women that cause Native Americans today to say that, the U.S. copied the Great Law of Peace but didn’t really understand it. So our forefathers copied the Great Law of a people whose country we stole and against whom our government committed genocide, and then kept it a secret. It just makes me want to cry.

Please teach your children the truth of the history of our great country. If you enjoyed this post, please share it with your friends.

Molly Larkin is the co-author of the international best-seller “The Wind Is My Mother; The Life and Teachings of a Native American Shaman.” She is passionate about

Molly Larkin is the co-author of the international best-seller “The Wind Is My Mother; The Life and Teachings of a Native American Shaman.” She is passionate about helping people live life to their fullest potential through her classes and blog at www.MollyLarkin.com

The History of the U.S. Constitution We Weren’t Taught in School

If you’re like me, I was taught in grade school that the U.S. Constitution was based on ancient Greek democracy.  This is quite a stretch, since ancient Greece government was not democratic. My research into what children are taught today about the origin of our government is also disappointing. Apparently the founding fathers simply created it out of thin air, or were influenced by European governments.  This despite the fact there was no democracy anywhere in Europe at that time.

The True History of the U.S Constitution

The truth is that the U.S. Constitution is modeled in both principle and form on the Great Law of Peace of the Native American nation known as the Iroquois.This is absolutely, unequivocally historical fact.In 1987, the United States Senate acknowledged that the Great Law of Peace of the Iroquois Nations served as a model for the Constitution of the United States.  (U.S. S. Con. Res. 76, 2 Dec. 1987).And since the U.S. Constitution was a model for the charter of the United Nations, the Iroquois Great Law of Peace is also a basis of international law.When the Founding Fathers looked for examples of effective government and human liberty upon which to model a Constitution to unite the thirteen colonies, they found it in the government of the Iroquois Nation.In the 18th Century, the Iroquois League was the oldest, most highly evolved participatory democracy on Earth. I find it sad that the true story is still not taught in all our schools.  But here it is:

The Peacemaker and the Great Law of Peace

The Great Law Of Peace Page: The Seventh Generation Principle 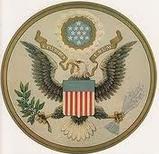 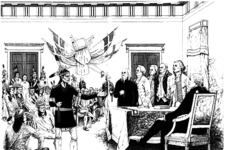 What is the Seventh Generation Principle and What You Need to Know About It. 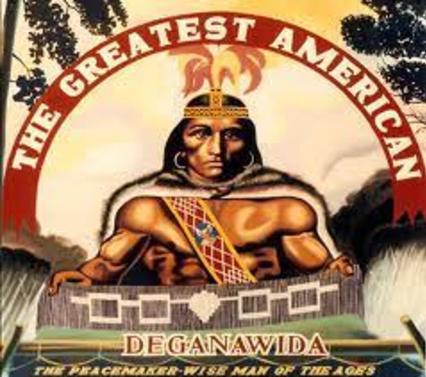 Enjoy the skies for miles and miles. We are one family on this Earth. Kind Regards, Alan Shepard Project 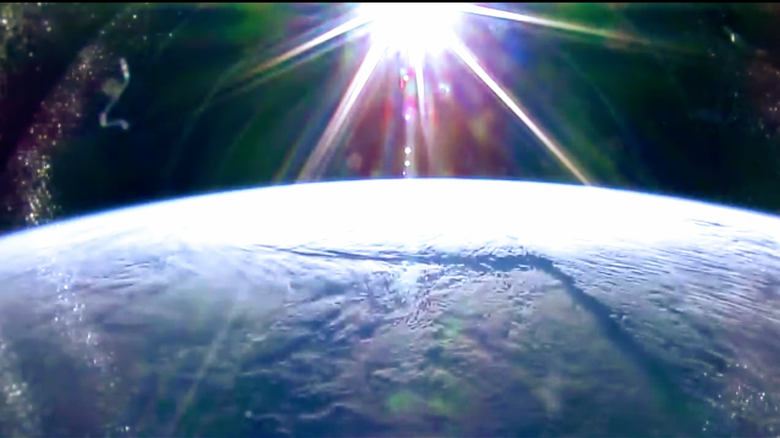 "In our every deliberation, we must consider the impact of our decisions on the next 7 generations."  Iroquois Maxim