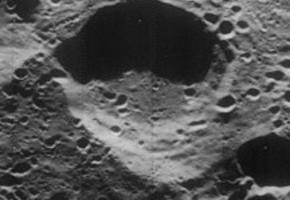 page under construction scroll down for more

ARTICLES WITH PHOTOS OF ADAMS WITH EINSTEIN

BROWSE ARTICLES BELOW ON MATTHEW THORNTON

VIDEO DESCRIBES LIFE OF WOMEN IN THE REVOLUTION.

EINSTEIN'S THEORY OF RELATIVITY PREDICTED A REDSHIFT OF 6 PARTS IN A HUNDRED THOUSAND. WALTER S. ADAMS PROVED THIS PREDICTION TO BE CORRECT BY MEASURING THE REDSHIFT OF THE BINARY COMPANION TO SIRIUS.

General Stark remarked that if there was ever a woman fit to serve as Governor it would be Mary Reid.

ADAMS AND EINSTEIN ON THE CATWALK

"Freedom is a long time comin"

NARRATIVE TO BE ADDED SOON! SCROLL DOWN FOR LINKS TO IMAGES OF ADAMS WITH EINSTEIN.

Astronaut Alan B. Shepard's grandmother, Annie Bartlett Shepard was born Feb. 18th 1861 in Nottingham, Rockingham County N.H. and died in Boston on Dec. 4, 1944 at the age of 83.

She was buried in Forest Hills Cemetary, East Derry, N.H., the home town of Alan Shepard.

Annie Shepard was founder of the Molly Reid Chapter of the Daughter's of the American Revolution and served as regent from 1908-1909. She was instrumental in obtaining a birthplace marker to honor Maj.General John Stark

which is still located on Stark Road in Derry, N.H.

IMAGE OF ADAMS WITH DESCRIPTION